An Evening to Remember.....


Living in the Negev in the South of Israel, I don’t get to Jerusalem very often. At the beginning of the summer, I told my husband that before Rosh Hashana I want to go to the Kotel.
Last night my wish was granted. I had the privilege of visiting Kever Rachel and the Kotel with a group of women from my yishuv and Netivot.
As the fifty seat tour bus made stops picking up the women, my excitement grew.
Visiting Kever Rachel and the Kotel on Rosh Chodesh Elul was so special to me, as it was something that I never did.
Leaving Netivot and travelling down the highway, the women’s chatter went silent and the driver said Tefillah Haderech, the prayer for a safe journey. With one voice all the women answered Amein!
The ride was very pleasant. Approaching Yerushalayim, the night lights of the city, warmed my heart and brought a smile to my face. Yerushalayim Ir HaKodesh, is the most beautiful city anywhere, and it’s ours forever.
The driver gave us a tour of our city. Looking out of the window, I was in awe at how much it had changed since the last time I was in Yerushalayim, sadly a couple of years ago.
Finally we were just outside of Kever Rachel. A chayal [soldier] came into the bus and checked each passenger and under the seats. Security is very tight at the Kever. Getting the okay to enter, you feel like you are entering a prison with the high cement walls topped with barbed wire.
When we made Aliyah 18 years ago, we lived in Gush Etzion. We would take the Egged bus 161 from Jerusalem to the Gush, traveling through Bethlehem. One stop in Bethlehem was at Kever Rachel.  From the bus, you could see the old walls of the Kever. There was no need for security in those days.  It is heart breaking to see how much security the Kever now requires in eighteen short years. 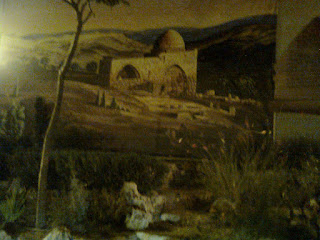 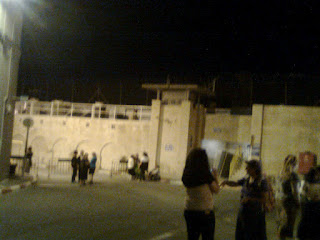 When you enter the Kever, you immediately feel the Holiness. It is so inviting. Mamma Rachel is welcoming you to her home. Women are lined up along her Tomb, crying to their ‘Mamma’ and asking her to intervene with HaKodesh Borchu on their behalf. Whether it is for refu’a Shelayma for a loved one, or to find their bashert, the desire to have children...no matter what your heart is aching over, ‘Mamma Rachel’ is listening. This had to be the most moving experience I had ever encountered. 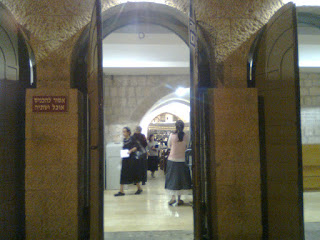 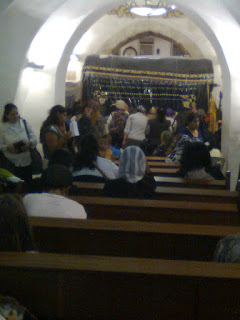 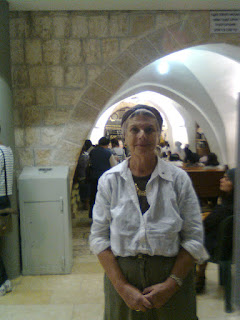 I found a place to sit and began saying Tehillim, mentioning the names on my list that I was given. May each person be granted their needs.
The atmosphere at the Kever is so special. In one corner, there was a woman who was deep in devotion and making a group request for the sick and infirm. She asked woman who gathered around her to call out names.
Outside, there was another gathering. A young woman was kneading  dough for bread and inviting young woman who were looking for their bashert to make a Bracha on the dough. She very carefully wrapped each ball of dough in foil and said she would burn the dough when she went home.
The time had come to leave Kever Rachel and onto the Kotel..or so we thought. I know that I haven’t been to Yerushalayim in awhile, but I do know my way around the city. It seemed to me that the driver had chosen a strange way to go to the Kotel.
Suddenly, the bus stopped in front of the Mamilla Hotel in David’s City. Part of the hotel is an outdoor magical shopping promenade with fancy stores, expensive cafes and restaurants, music and artwork.
What’s going on, everyone asked? Our organizer said “Surprise! We are going to spend forty-five minutes walking the promenade before we go the Kotel for Selichot.”
Walking this magical promenade just made my evening more exciting. All the stores were opened and at eleven o’clock in the evening, the promenade was alive with a sea of people. We walked; window shopped, and raved at the artwork and table sculptures that lined the walkway.
On our way back to meet the bus, we heard deep voices, singing traditional religious and Israeli songs. The voices belong to a very large unit of IDF chayalim, marching four abreast. The leader, carrying an Israeli flag, was leading his chayalim along the promenade to an entrance that lead to the Kotel.
Instinctively, everyone went to one side or the other, and watched, clapped and sang along with the chayalim as they marched down the center.  What a fabulous site to see. May The Hand of Hashem always be with our chayalim. 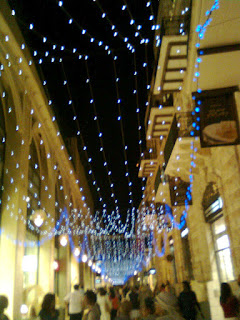 Lights on the promenade
On to the Kotel, navigating down some of the narrowest and busiest streets in Jerusalem, we reached our destination. 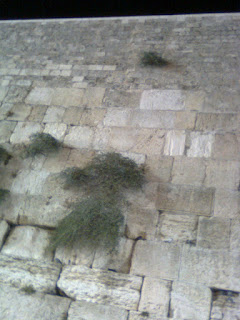 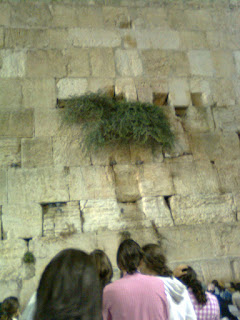 Being Rosh Chodesh Elul, the Kotel was packed with men and women who came to say Selichot.  The atmosphere was charging. As I made my way down to the wall, a flood of emotions sent a chill down my back. I was finally at the Kotel. My wish had been granted. Touching the ancient wall, gave me a sense of the privilege I had received.
Selichot started, the davening was beautiful and meaningful, like a large choir who had practiced for hours to greet the King. The shofars were being blown. The sights and sounds that permeated into my brain, will never be forgotten.
From the plaza opposite the wall, units upon units of chayalim were gathering. There were litterly thousand of chayalim. They were having a ceremony. An IDF Rav was speaking and giving a shiur. Israeli flags were everywhere.
When the ceremony was over, a rav lead the chayalim in saying Selichot. It was so special to see. Once again the shofar was being blown. Young hesdar chayalim, haredi chayalim and chiloni chayalim wearing their berets, all davening together, putting left and right issues, religious and non religious issues aside.

I enjoyed watching the young chayalot sitting in the women’s section, busily writing little notes to place in the Kotel walls.


Standing and watching, I was so proud to be a Jew and an Israeli and to be able to witness this sight.
I have the honor of living in Israel. Yerushalayim Ir HaKodesh is a bus ride away. I know that I won’t wait so long to visit my city again.
Until next time.....please feel free to comment and share.
Miriam

Epilogue: This morning Yeshiva World News had this article.
http://www.theyeshivaworld.com/news/General+News/138009/Kever-Rachel-Society-Seeking-a-Knesset-Lobby.html
Posted by The Blogging Safta at 8:14 PM 10 comments: