Ode to the English Language……… 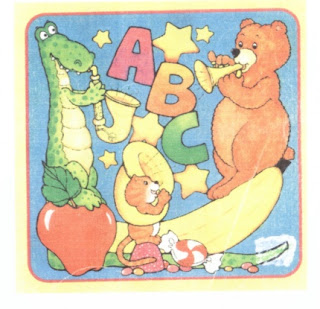 For the past twelve years, I have been working from home, tutoring English as a second language [ESL] to Israeli children and running an English enrichment program for native English speakers.
Over the years, my students have shown me that for the most part the level of English that these children learn in school is on the low side, especially in the elementary grades.
I will never understand how or why children are taught to read in English but do not know the names of the letters or comprehend what they read. Many children only learn the sounds each letter makes. When it comes to spelling, forget it…
Now, I’m not talking about young children who are just starting to learn English.
I have some high school students who can read as well as I can, but when I give them a comprehension worksheet, they don’t know where to begin because they didn’t understand the story.
English should be, no must be a priority subject, as English is the language of business in most of the world. And if these kids are going to have a fighting chance to succeed in business, or whatever profession they choose, they need to speak, read and write in English.
I will tell you a personal story. Many years ago, my husband wanted to ask a question to the Rav who lived in our community. He needed to ask the question in English, as his Hebrew at that time, was not good enough.
Now I know this Rav’s father can speak English very well as I have heard him speak many times. We were sure that his son could also. To our surprised he couldn’t. The Rav apologized profusely in Hebrew that he didn’t speak English and told us to call the local Chabad Rav, as he does.
Several weeks later we met the Rav and he told us he was taking English lessons. He said that he never believed learning English was of any use to him, but he sees that he was wrong.
Recently on the English news, I heard this Rav being interviewed and his command of English was quite good. Actually it was very good!
Now I know that English is a difficult language to learn. With all it’s rules and rules that don’t apply to the rules. The c rule…i before e except after c or the silent k in words such as know, knight and knock…you get the picture. Never mind silent b in climb or silent d in Wednesday, silent g in sign or silent l in talk and the list goes on. The silent e at the end of a word to give the vowel a long sound is very confusing to new readers.
And don’t get me started on plurals and their rules…words ending with ch, sh, and x you have to add es to make it plural..y changes to  i and then add es, but if y follows a vowel you only add s.
To plural the words that end with o you usually just add es, so tomato becomes tomatoes, but be careful because some words that end with o you add only s. One example that comes to mind is patio becomes patios.
And then there are words that change completely...tooth becomes teeth, foot becomes feet and mouse becomes mice. One moose, five moose…it never changes. Same for trout and elk.
Many years ago I came across this wonderful piece. I don’t know who authored it but he/she was certainly quick wit.
English is a strange and fun language.
The bandage was wound around the wound.
The farm was used to produce produce.
The dump was so full that it had to refuse more refuse.
We must polish the Polish furniture.
The soldier decided to desert his dessert in the desert.
Since there is no time like the present, he thought
it was time to present the present.
A bass was painted on the head of the bass drum.
When shot at, the dove dove into the bushes.
I did not object to the object.
The insurance was invalid for the invalid.
There was a row among the oarsmen how to row.
They were to close to the door to close it.
The wind was to strong to wind the sail.
Upon seeing the tear in the painting I shed a tear.
Let’s face it, English is a funny language.
There is no egg in eggplant,
ham in hamburger, pine or apple in pineapple.
English muffins weren’t invented in England
or french fries in France.
Sweetmeat are candies and sweetbreads which aren’t sweet, is meat.
We take English for granted, but if we really explore we will find that
quicksand can work slowly, boxing rings are square and a guinea pig is
not from Guinea or a pig.
If the plural of tooth is teeth,
why isn’t the plural of booth beeth?
One goose, two geese, so why not one moose two meese?
If a vegetarian eats vegetables, what do humanitarians eat?
In what language do people recite at a play and play at a recital?
Ship by truck and send cargo by ship? Park in a driveway and drive on a parkway? Have a nose that runs and feet that smell?
How can a slim chance and a fat chance be the same,
while a wise man and a wise guy are opposite.
And why does an alarm go off by going on?
English was invented by people, not computers and it reflects
the creativity of the human race.
That is why when the stars are out they are visible,
but when the lights are out they are invisible.
And the last word, why doesn’t ‘Buick’ rhyme with ‘quick’?
I hope you enjoyed this English lesson.
Please pass along for others to enjoy!
Feel free to comment.
Until next time
Miriam
Posted by The Blogging Safta at 5:19 AM 8 comments: